Josh’s death has inevitably resurrected memories of past losses, of other tragedies, of other deaths. Â As part of remembering and honouring Josh I also want to rememberÂ them. Â Over the past few days I have been giving quite a lot of thought to two friends in particular. Â Gillian Burnett was a girlfriend of mine who died in 1971, and Bob Trattles, a very good friend from my London days, who was killed in an airplane crash in 1983. Â  I was still very young at the time of these deaths and I have begun to realize that given the circumstances of the time, I was not able to mourn them in ways that enabled me to fully accept my loss. Â  In many ways I don’t think I was emotionally equipped to handle the pain, neither did I have the support network to help me recognize some very confused and conflicting feelings that grief inevitably provokes. Â  So what did I do? Â  I hid the pain, repressed my feelings, tried to be strong, and focused on getting on with the rest of my life. Â  Â But both Gillian and Bob have always stayed with me, although nearly all of our friends from that time have not. Â  Â I can’t really remember how it came about that I should lose contact with most of the families and friends who also knew them, but I’m pretty sure that the difficult emotions we would all have been experiencing must have played their part. 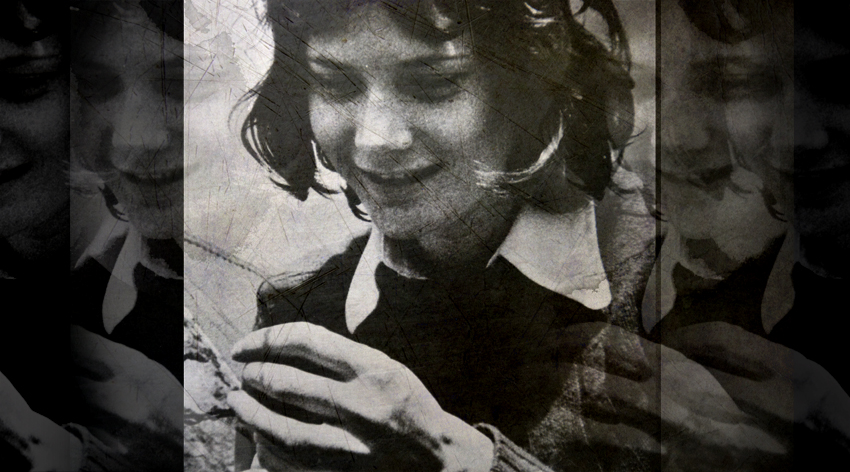 This image of Gillian is a reworking of a photograph I took on a trip to the highlands of Scotland. Â  She was a darkroom assistant for two well known photographers and we shared an interest in the dark art. Â  I loved the calm way she engaged with her photography – it seemed to come so naturally. Â Her talent had not fully developed but her ability to capture a sceneÂ unselfconsciously was already apparent. Â And in one of her employers she had an excellent tutor, Philip Jones Griffiths. Â  At the time Philip was working in South East Asia and one of Gillian’s duties was to prepare his photos for publication. Â I remember visiting the house in West London, with its darkroom on the top floor, where she was responsible for duplicating his original negatives. Â At the time I had no idea how much skill went into finding the right colour balance, the most effective shading for a photograph’s emotional impact, when to crop when not to. Â For Gillian this was becoming second nature, for me these were my first lessons in the power of photographs to tell stories. Â  And what lessons they were. Â  The images Gillian was working on would become Philips seminal book – Vietnam Inc. which, with its graphic black and white depictions of the effect of war on the civilian population wereÂ first to clearly show the mismatch of American soldiers in a place they didn’t belong. Â Vietnam Inc. is nowÂ credited for having a major influence on how Americans viewed their war in SE Asia.

What I remember of those days though, were feelings of intense envy as Gillian left each morning to go to work, knowing that she was somehow closer to things that really mattered. Â  Â We were both curious about the ways of the world and started planning a journey to circumnavigate the shores of the Mediteranean Sea. Â This would be our first big adventure together and like Josh the prospect of a million discoveries overtook any anxieties we might have had. Â We had traveled as far as Mostar (now in Bosnia, thenÂ in the former Yugoslavia) when the accident happened. Â The car we had hitched a ride in was hit by another, ran off then road and fell into a deep and fast flowing river. Â Gillian could not swim. Â She died. Â I survived. Â  The year was 1971, we were both 21, a year younger than Josh when he met his death. Â We had begun our trip in Norway where we had been working on stone age archeological sites. Â  Our friend, Bob was also there, in fact he had found us the jobs. Â  When I returned to London after the accident, I found it Â difficult to fit back into our friendship group. Â  At that age things move on quickly, new friends are formed, old ones easily lost, but in any case talk of death and bereavement is not high on people’s chat list. Â  Bob was slightly older than the rest of us and understood things better and so within weeks I had flown back to Norway to rejoin him on the digs. Â  We began planning another ‘world tour’, working and saving hard to buy the Land Rover that would take us round the globe – and barely a year after Gillian had died I was off again – first stop North Africa. 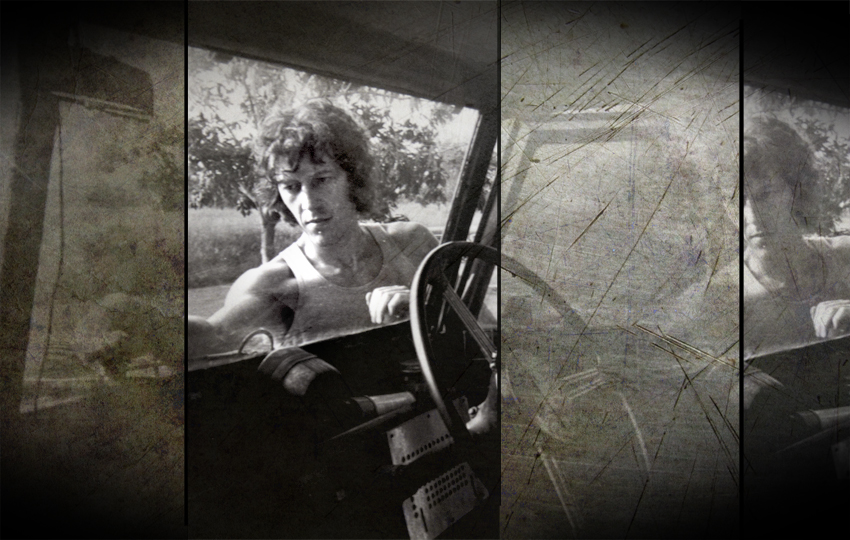 Bob became my closest and best friend – he had known Gillian well and understood better than anyone else I knew what it meant to lose someone close, but I wonder now how much of our desire to travel was a need to journey away from pain. Â  Â But the extraordinary daily and hourly revelations that overland travel can bring, especially on a continent that was more foreign than foreign, soon rendered memories of my life with Gillian, and the horrors of her death, to a more obscure and more forgetable part of my soul. Â  Â The world trip didn’t quite come off and for reasons I don’t need to go into, we returned to London, I to start work as a bus driver, Bob as a town planner. Â We both ‘settled down’, found partners had children, Joe was born, we both discovered we weren’t in the right relationships, found new loves – continued to holiday together – and then in November 1983 Bob was on a flight to South America with his Chilean girlfriend Martha, when the plane crashed on its stopover in Madrid. Â  Â Of the 200 people on board only 11survived. Â  Martha and her young son Diego were lucky, Bob was not. 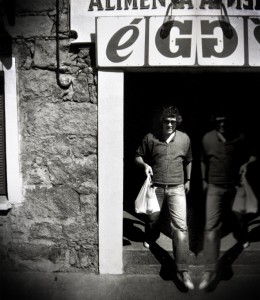 How to remember these two friends now. Â  Â Their deaths were so long ago and I have few around me now who knew them well enough to keep their memory alive. Â  Gillian, quiet and unassuming, was my first real love and perhaps unfortunately for her, is forever trapped in that romantic dream of a relationship that could only develop and blossom as we explored the world together. Â  Â But who knows how long we would actually have stayed together.

Bob was a kind of older brother to me. Â A Yorkshire man from a small village near Redcar where his Dad worked in the steel mills, he was the first of his generation to attend university. Â Bob introduced me to working class politics – I admired his empathy with the socially deprived and his commitment to fighting injustice. Â  Together we joined the Revolutionary Marxist Leninist League, one of the many far left fringe groups active in the mid seventies. Â Our cause was the overthrow of imperialism, our God was Chairman Mao who had led the Chinese in a utopian vision of a liberated mankind. Â Our moment was to show solidarity with the Vietnamese whose struggle had been so eloquently revealed in the book Gillian helped to produce. Â Had she lived, would sheÂ have joined us? Â  I’m not sure she was the one to take sides, but I like to think that the world is poorer now for not having her photographs or her commentary on our political activism.

Joshua of course, knew little of this. Â It was years before he was born and like many today, he saw the idea of protest and demonstration a little, shall we say, pointless. Â  Â  But the country he was travelling in when he died, is now a free country, independent of foreign influence with one of the highest literacy rates in the world. Â  Â Our chants of ‘Ho Ho – Ho Chi Minh, We shall fight and We shall win’ are now a distant echo but my friends Gillian Burnett and Bob Trattles helped me discover how exhilarating it is to be part of progressive movements and I am still very jealous of Joshua that he got to go to Vietnam before I have.

Josh died on the Ho Chi Minh Highway; Â Bob died as he accompanied his partner on her way back to Chile; Gillian died before she had found her own direction. They all died too young but Â I remember them all now as three of the most significant influences in my own life and I am so proud to have known them as well as I did. 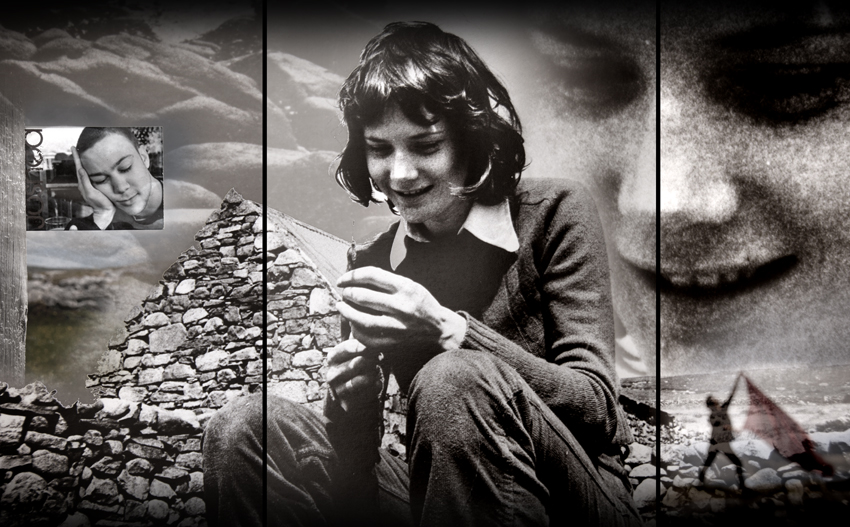 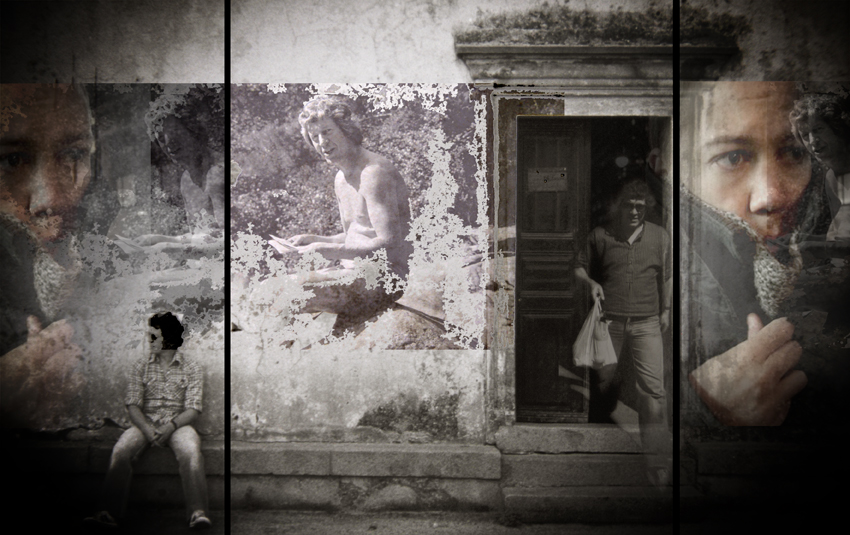