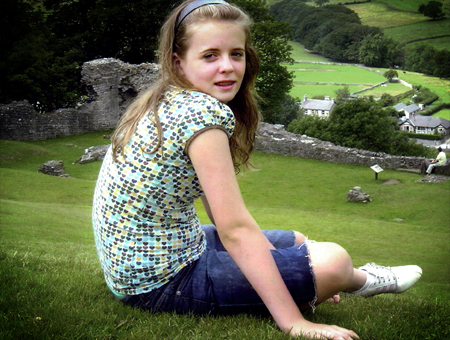 This item is about THE JESSICA MATHERS TRUST, a charity based in Deptford SE London, who’s main aim is to support homeless people and those whose lives have been disrupted by premature bereavement. Â  Â  Â The JMT was created in memory of JessicaÂ by herÂ family – Jannet and Stephen (Mum and Dad) and her elder sister Anna who spent a good two years converting an old pub into modern offices and meeting facility now called JESSICA’S HEART. Â  Â  Â To transform an old and derelict building is one thing but to make sure it continues to work and do good in the service of others is another butÂ this is where the remarkable story of the Mathers’ continuing bond with their daughter has found it’s home.

We first met Jessica Mathers’ parents, Jannet and Stephen, on a hot summer day at a gathering of other bereaved parents in 2012, the yearÂ after Josh died. Â I remember being extremely nervous as this was the first time I had ventured out into the world of ‘collective grief’, a world which I imagined would be overflowing with tears and uncontainable emotions. Â  Â  How wrong I was. For here were parents all of whom hadÂ tragic stories to tell, but all found real comfortÂ and supportÂ in the sharing of those stories. And really there were not so many tears as chuckles and laughter and good big hugs – all bound byÂ an atmosphere of genuine solidarity that comes from an immediate recognition of another’s pain. Â Jessica’s Dad, Stephen was the first person I’d met with whomÂ Â I felt completely at ease to tell how Josh had died and how much I missed him.

Jessica was born on Easter Monday in 1993. Â I will forever think of her as my Easter bunny. 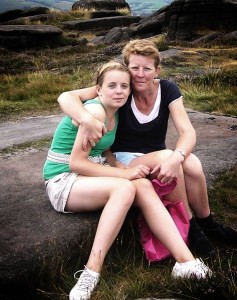 From an early age she had an ability to make us all laugh with her antics and sayings, and she knew how to wind us round her little finger. She was a curious mixture of sociable, clever, lazy, confident, paranoid, messy but highly driven when it mattered. She was also an incurable chatterbox, at least three times a week she had detention after school for being unable to stop talking during lessons.

Jessica Â left us in the spring, a beautiful sunny day on 2nd March 2007.

A week earlier she wanted to go to a mid-week sleepover at a friendâ€™s, which I vetoed because I knew they would stay awake and chat until 3 in the morning. She stormed off to her room and sulked for four hours, halfway through I got a text from her saying: â€˜Thanks for trying 2 ruin my lifeâ€™. I still have this text message on my old mobile. There is also a message on this phone, which comes up every time I switch it on. It says: â€˜I luv u Mumâ€™. Itâ€™s a battered old phone now, but I treasure it.

A few days later Jessica was invited to another sleepover, this time on a Friday, so of course I didnâ€™t think that would be a problem, and peace was restored for the time being.Â Never did we imagine that Jessica would not come home after this sleepover. The four girls crossed a road early that evening to get a film from Blockbusters, and a tragic series of events resulted in Jessica being run over by a car.Â  She never regained consciousness.

Like all of us, we were devastated and in due course we decided we would like to set up a trust in memory of Jessica. It took us some time to get round to this, and also to decide what causes the trust should support, but the Jessica Mathers Trust (JMT) was eventually established in the spring of 2010.

Following that first meeting with the Mathers, Jane andÂ I went on to become involved with THE COMPASSIONATE FRIENDS, a support network for bereaved parents and siblings. Â  Â The idea of TCF is peer to peer support mainly through local group meetings and an online forum. Â  Once a year they hold an annual gathering and the occasional smaller weekends where ‘friends’ can catch up. Â  Â Jannet and Stephen were trustees of TCFÂ  and the charity was very much on their mind as they embarked on the project ofÂ finding a place to house The Jessica Mathers Trust.

We received wonderful and sanity saving support from TCF in those first years after Jessica died. We attended the BromleyÂ group meetings for five years, and have been to threeÂ TCFÂ Â annual gatherings and four Whirlows (catch up weekends). Our aim was to start another support group specific to our part of London.

About six months after Jessica died, I also got to know Brigitte Gobbe and Declan FlynnÂ who run a charity called Bench Outreach, which is devoted to helping homeless people getting their lives back on track. They do this by going out into the community to engage with the vulnerable and homeless and getting them the support they need from relevant organizations. Bench Outreach is an inspirational team of people, and Stephen and Anna and I all volunteer as and when we can.

When it came to deciding on the purpose of the JMT, we thought it might as well support two existing charities we know and believe do a wonderful job, and so the aim of the JMT is to support people whose lives are disrupted by premature bereavement and homelessness, and more particularly TCF and Bench Outreach.

The question then arose as to the best way to help these two charities to continue their work. Â  Â  Their initial plan was to buy a property in which they could provideÂ office space for Bench, and to have a meeting room in which JannetÂ could hold TCF group meetings onceÂ sheÂ became a TCF contact. Â  Â  But finding such a property was not easy until the unexpected happened …

At the end of 2009Â Stephen and I were walking back despondently from looking at a building we were told about, when we spotted a huge â€˜For Saleâ€™ sign on an old pub which had closed. We both thought it looked great, if somewhat dilapidated, and arranged to have a proper look at it the next day. It had plenty of space for offices, a beer cellar which could be made into a meeting room, and two floors above that we could make into flats to rent out. Â  This wouldÂ give the JMT a regular income and hopefullyÂ make it self-financing.

Two months later we had the keys! On closer inspection, I noticed a Fair Dinkum Aussie barometer with Kingâ€™s Canyon written on it, which had been left behind hanging on the landing wall. Iâ€™d seen one in Kingâ€™s Canyon, Australia, exactly like it the previous year, but didnâ€™t buy it. Searching for one everywhere else we went, I couldnâ€™t find one anywhere. I like to think that Jessica somehow arranged for us to find one in â€˜her pubâ€™, and we now have it on display in our kitchen. The pub was called The Osborne Arms, but we decided to give it a new name. Terri came up with the idea of Jessicaâ€™s Heart, inspired by the pink heart tattoo I have on my wrist for Jessica.

The process of converting The Osborne Arms into Jessicaâ€™s Heart has not been without frustrations and difficulties, but after two long years of continuous hard work, the projectÂ is now complete.

We felt that to get the best use of all the available space, we could offer TCF a large enough area to relocate their head-office to London, giving TCF the chance to have new purposely designed offices, with a meeting room nearby, which can be used for training days, committee meetings as well as group meetings. It will also be a valuable extra space for volunteers to work in.

The trustees of the JMT are Stephen, Anna and myself, Terri and Noel who were Jessicaâ€™s favourite primary school teachers, and Murphy and Megan, two of Jessicaâ€™s good friends.

What Jannet omits to mention is that they have gifted office space to TCF and Bench Outreach completely rent free. Â  Â  An extraordinarily generous act that that has undoubtedly helped to keep bothÂ charities finances in much better shape. Â  Â  In fact it is hard to see how,Â in this harsh economic climate, theyÂ would have survived without the support of the Mathers and the JMT. Â  Â  In a way though this is just a bonus, for as with many such ‘memorial’ charities theÂ inspiration and on going commitment to their work, is all based on a desire to build an ongoingÂ relationship with our dead child – to not forget them.

As Stephen told us

The Jessica Mathers Trust and more especially Jessica’s Heart has kept the memory of our daughter alive and helped friends to mention her name. Â But more than this I have been absorbed in all that it has entailed, whether that has been the building project, the finances and bookkeeping or now the ongoing maintenance of Jessica’s Heart. Â I will always choose to do any task for the JMT first before any others I have lined up, and it feels good whenever I spend time at Jessica’s Heart – I remember her happily and feel close to her there and I know Jannet and Anna do too.

Jessica’s spiritÂ lives on then, in not one but three different charities and the Mathers can continue to hold her close to their hearts as they work and contribute to better the lives of bereaved families and homeless people acrossÂ South East London. (Jimmy – August 2014)Â

Now for the links you can’t wait to get to … 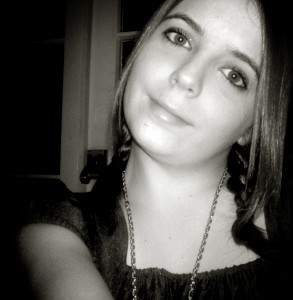