Joe is the spokesperson for all us here –

“STAR, Primal Scream…. As a family we chose this song to play at Joshua’s funeral and it was also the last song played at the crematorium as myself, Jimmy, Jane & Rosa were left with the body of our Josh. It was the final moment we had with him before his body was cremated.

‘Star’ is now Joshua’s very own song. It is like his anthem and represents what he was to the world and to those that took so much from what he gave to them. The lyrics are very poignant to me….’every brother is a star, every sister is a star’ …. Although I have had both 22 years of life with my brother and now also lost him, that special relationship, an unconditional love for someone, replicates billions of times over throughout the world and for eternity. Everyone has their own STAR and Joshua is mine. 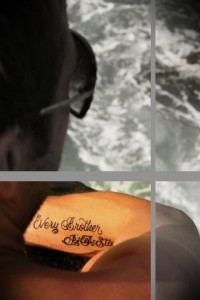 I look at my own tattoo on my right forearm every day that reads ‘every brother is a star’ and I hold Joshua in my heart and in my thoughts. It also makes me think about humanity and the capability we have if loved and looked after.”

Scroll down for the latest tracks