Of the many ways in which people can ‘creatively’ respond to the death of a child, Â setting up Â a charity in his or her name must be one of the most rewarding. Â  Â If you write a book, compose some music, make a film, there’s a sense that once it’s done, it’s done. Â  Â Yes, the book or the film will take on a sort of life of its own as other people engage with it (maybe even share it with others) but for you the creator there’s not much more you can do. Â  It’s over, it’s gone , it’s in the air and you must let it go to find its own way in the world. Â  Â Not so, when as the result of tragedy, you set up a charity. Â  This will be a living tribute to your child which will require a lot of hard work, dedication and continual nuturing in ways you probably never realised at the beginning. Â  Â  Such is Guy’s Trust, whose founders, Vicky and Tony Joseph, we have come to know quite recently. Â  One of the most remarkable things that I find about this account of Guy’s Trust, is that the ‘creative response’ to their son’s death has been a necessarily collaborative effort. Â  In order to get it off the ground, they have had to involve a lot of Guy’s friends and even more who never knew him. Guy lives on not just as a memory, but as an active part of a great many more lives. Â Below, Vicky writes of her emotions when an ‘entire plainload ofÂ people in Guy’s Trust T-shirts .. standing on a Himalayan mountainside while a group of Nepali villagers asked us to join them for a minuteâ€™s silence in memory of our beautiful son’ as being indescribable. Â  I think she means she will remember that moment forever as the start of an important chapter in Guy’s story, and a huge part of her continuing relationship with him. Â Â 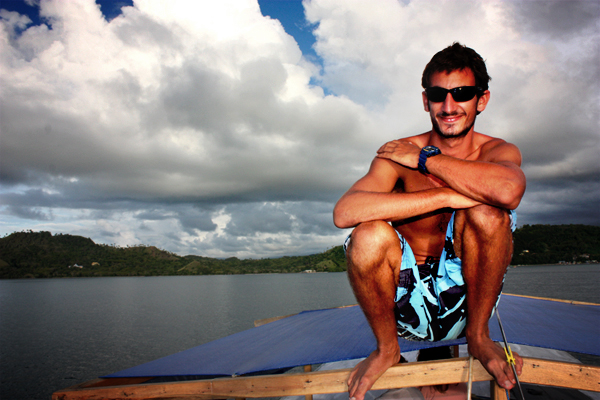 Our son Guy was killed in a paragliding accident in Spain on 14th October 2011 at the age of 25. He had lived his short life to the fullest, having experiences that most people only dream of and he died doing what he loved.

From an early age Guy was strongly independent and had an irrepressible sense of adventure. He had learned to scuba dive at 16 and was a fully-fledged instructor with a first class degree in marine biology by 22. Just two weeks after graduating he set off to teach scuba diving on a remote Indonesian island. I asked him how long he thought heâ€™d be away â€“ â€œa year, two years, five years, forever?â€ He shrugged and said, â€œsomewhere between the last twoâ€. I never dreamed that â€˜foreverâ€™ would be literal.

After two years in Indonesia Guy was ready for a break from the sub-aqua world and he headed to Nepal to learn to paraglide. He spent the winter of 2010/11 based in Pokhara whilst he explored the country by paraglider, flying from one village to the next. He fell in love with Nepal and its people and had planned to return. Tragically this was not to be.

We had always seen Guy as a popular young man with a hunger for adventure and a reluctance to lead a â€˜conventionalâ€™ life. What we hadnâ€™t realised was the extent to which his attitude to life and his capacity for friendship with anyone, whatever their background, nationality or age, inspired people. After his death, as tributes poured in from around the world, we discovered anew a compassionate and sensitive young man with a reputation as a responsible and patient teacher and as an unfalteringly loyal friend.

The moment that I heard the news of Guyâ€™s death will be etched on my memory forever but shock has a way of numbing your emotions (perhaps itâ€™s the only way you can survive) and all I remember of my thoughts at that time is that I knew, literally within minutes, that we had to do something to keep Guyâ€™s name alive. I had absolutely no idea what that something would be or how we would do it, but I knew I that had to salvage something from this catastrophe. Now that he could no longer achieve anything in his life, I felt I had to do it for him, to find meaning in his death and in some way realise his lost potential.

Where to start? We organised a brainstorming meeting. Fifteen of Guyâ€™s friends from different parts of his life â€“ university, school, childhood friends, people heâ€™d met on his travels, many of them previously unknown to us â€“ came together to help decide on a fitting legacy for their friend. As one by one they introduced themselves, saying how they knew Guy, the irony of the fact that they were only with us because he wasnâ€™t, seemed almost unbearable.

After much discussion, two ideas began to emerge – we would fund a project to support marine conservation in Indonesia and we would build a facility of some kind for children in Nepal. Now â€˜allâ€™ we had to do was to find two suitable projects, think of name for our new charity, register it with the Charities Commission and HMRC, design a logo, create a website, set up a Facebook page, a Twitter account and an online donation facility, have T-shirts and collection cans madeâ€¦Â  and raise some money! Five months after Guyâ€™s death Guyâ€™s Trust was born.

Finding a Â marine project was easy. Guy was one of the founder members of MantaWatch, an organisation dedicated to monitoring and protecting the endangered mantaÂ ray. In consultation with his colleagues we agreed to fund two internships for young Indonesian marine science students to spend a month in Flores, where Guy lived, working for MantaWatch, conducting research on mantas and at the same time furthering their studies and careers. 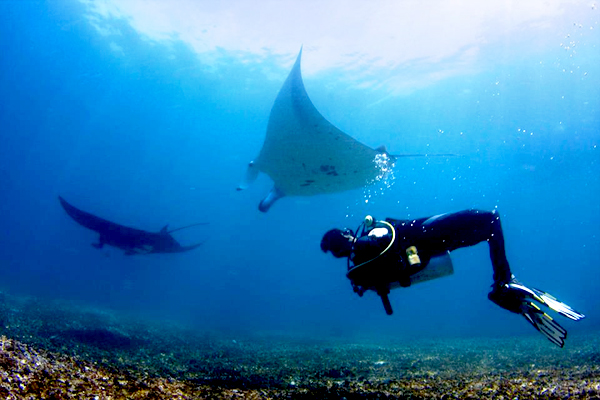 This programme was so successful that this year (2013) we funded four internships and next year we will be funding six. The MantaWatch alumni are really making Guyâ€™s dreams a reality. Seeing photographs of six young Indonesian students in Guyâ€™s Trust T-shirts on the boat on which Guy worked and where we had spent two holidays with him is both desperately poignant and hugely rewarding â€“ and we know he would be so chuffed!

Finding a project in Nepal was clearly going to be more challenging. We were fully aware of the necessity of meeting an existing need and of the pitfalls of working in a developing country with no knowledge of the language or culture. We needed an established and experienced partner organisation, who would also understand our desire for a project to which we could attach Guyâ€™s name and the emotional journey that this would entail.

We finally choose ActionAid, an NGO with an excellent reputation for international development, whose proposal â€˜ticked every one of our boxesâ€™. We would build an Early Childhood Development Centre (ECDC), a pre-school facility for 150 children in the district where Guy lived, and not only fund it but take a group to actually start the construction ourselves. Despite our continuing grief, we began to feel that life still had some point!

In November 2012 Tony and I visited Nepal and met the â€˜untouchableâ€™ community whose children would, for the first time, be able to attend school. They told us of their struggles, their gratitude for the life-changing opportunity Guyâ€™s Trust was giving their children, how sad they were for our loss and that â€œall of our children are your children tooâ€. And then we cried together, first for Guy and then for the better future their children will now have. It was a humbling experience.

And then in March 2013 we, our two daughters, and 27 friends from around the world converged on a small village in the foothills of the Annapurna mountain range to spend a week digging the foundations for the first â€˜Guy Joseph ECDCâ€™. 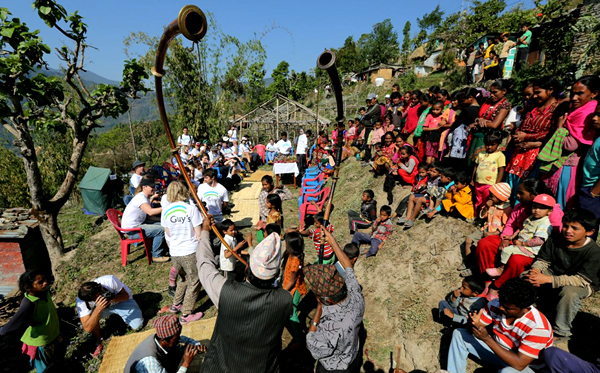 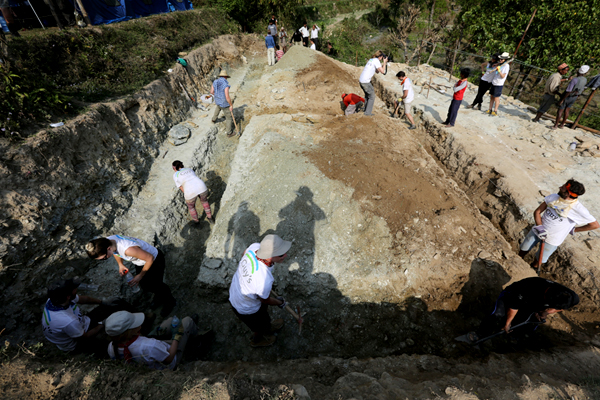 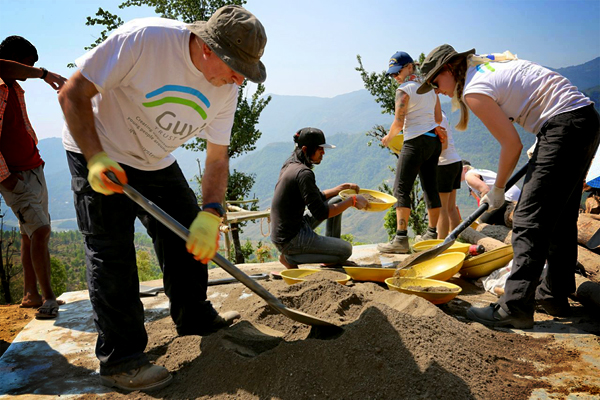 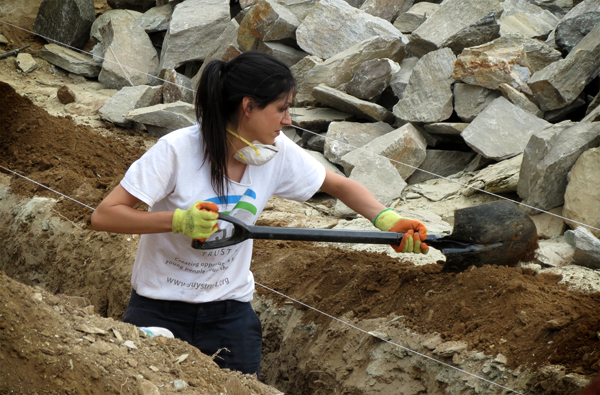 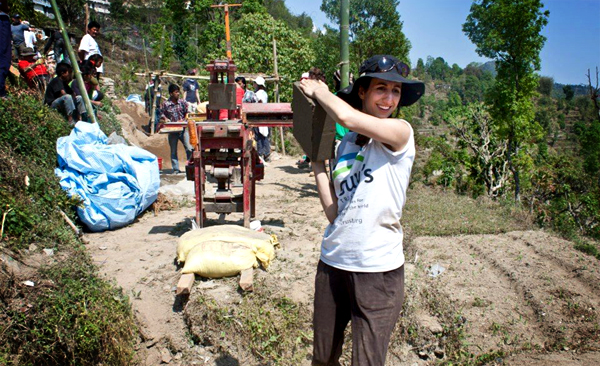 I actually donâ€™t have the words to adequately describe the emotions of that week – from surveying an entire planeload of people in Guyâ€™s Trust T-shirts landing at Pokhara airport to standing on a Himalayan mountainside while a group of Nepali villagers asked us to join them for a minuteâ€™s silence in memory of our beautiful son; from digging a trench with a team of Guyâ€™s friends to watching the paragliders over the distant lake where Guy had flown just two years earlier. So many moments of camaraderie, pride and yes, fun – but all underscored by a profound sadness.

A week of digging and brick making and the foundations of both the building and the relationship with the community had been laid. Once the bricks were dry the local people would continue to work to finish the school. Extreme weather has delayed things but the school is on schedule to take its first intake in April 2014. And by then the second Guy Joseph ECDC will also be nearly finished and the third well on itâ€™s way 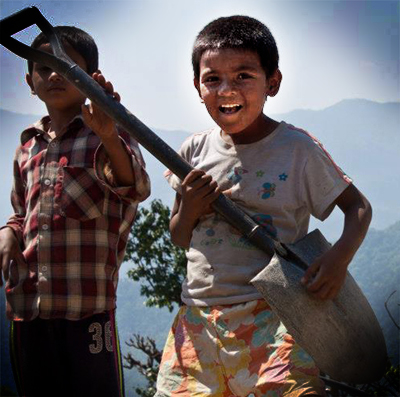 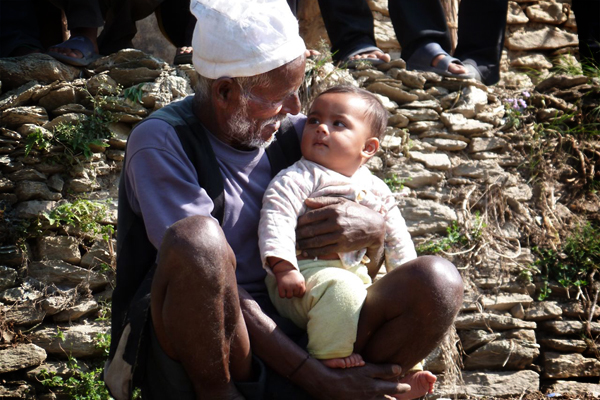 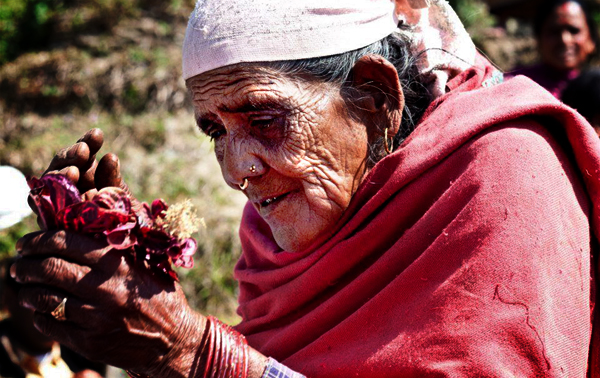 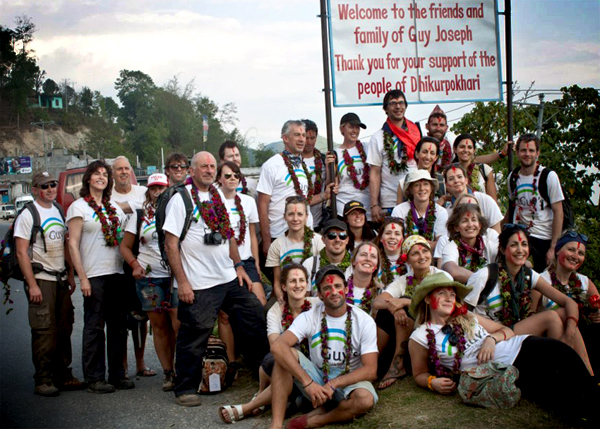 What started as the germ of an idea rooted in the need to do something, anything, to keep Guyâ€™s name alive, has resulted in less than two years, in the raising of almost Â£200,000; in the creation of three Guy Joseph Early Childhood Development Centres in Nepal and the outreach and lobbying work that accompanies each project; a fourth planned in Cambodia, anther country where Guy spent time; and the establishment of the Guy Joseph MantaWatch Awards in Indonesia and the successes and opportunities that accompany them.

On that dreadful day in October 2011, we decided simply that we had to create a tangible memorial to our beloved son and brother. Two years later, Guyâ€™s Trust has grown beyond our wildest dreams, has become virtually a full time job for me, maintains contact with Guyâ€™s friends and also serves as a therapeutic diversion from our sadness. Guyâ€™s Trust seems to have an unstoppable momentum and is a fitting testament to a young man who had such an enormous zest for life and was loved by and inspired so many people. It has been a way of confronting our grief obliquely and a way to make meaning of the terrible waste of a life cut short. 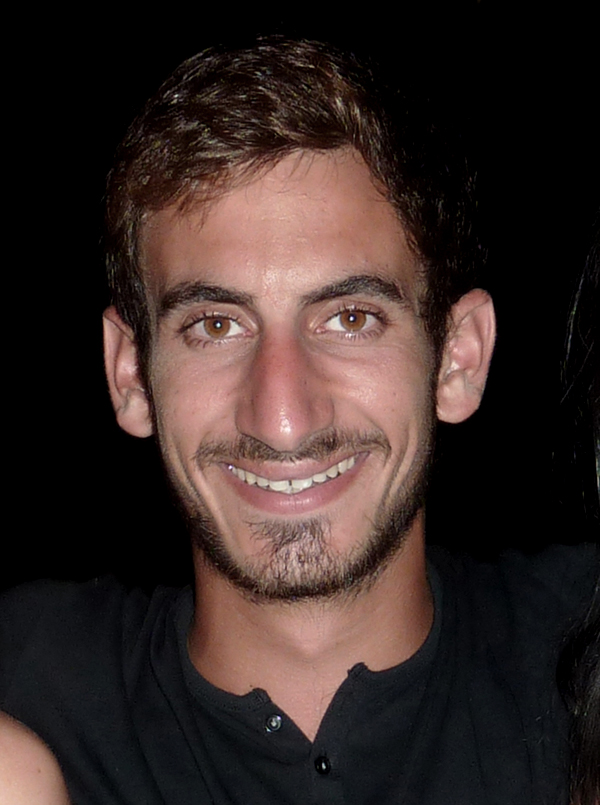 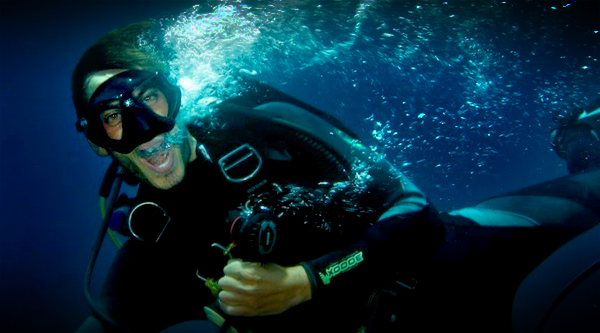