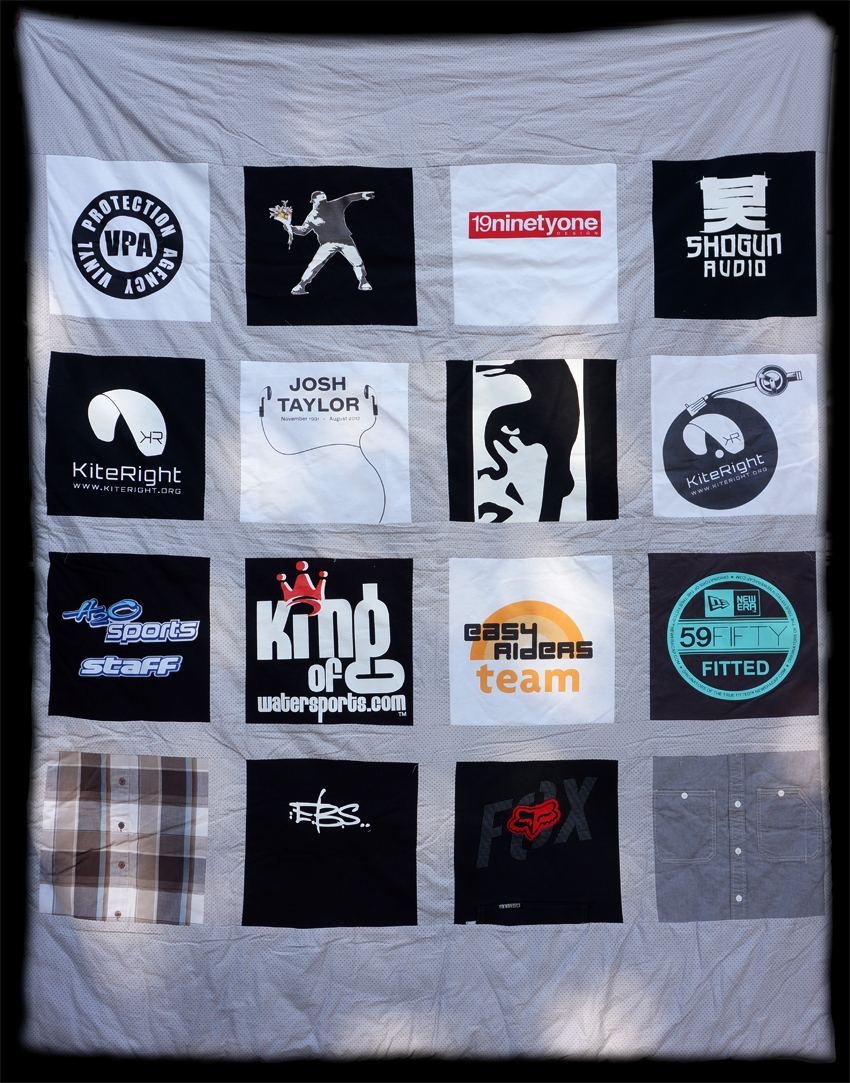 We come to know about Josh Taylor’s death via Lewis Murphy, the first successful candidate of the Josh Edmonds Memorial scheme. Â  Lewis was one of Josh Taylor’s best friends, a fact not known to us when he applied for the scheme and aÂ chance to work as an intern at the Ministry of Sound where our Josh had been a video producer. Â  Â A strange irony then that Lewis should find himself benefitting from twoÂ music loving Josh’s unable themselves to fulfill their ambitions, while we have had the chance to meet and become friends with his friends parents. Â  Â  As we have got to know Debbie and Nick Taylor, we’ve shared our stories and our sorrows and our different ways of remembering our children and of taking them forward with us Â in our lives. Â Â The quiltÂ is just one of the ways Josh’s familyÂ have of continuing that bond they have with himÂ as Â Debbie explains : …..

A friend who I first met when Josh and her son started school together came to visit a few months after Joshâ€™s death. At the time she and her family were living in China but were soon going to be moving to the United States. She told me that she had recently had memory quilts made up for her young daughters, made from clothing that represented her daughtersâ€™ years in China, i.e. T shirts from events, clubs, schools, etc. and asked if it was something we might consider doing with some of Joshâ€™s clothing. We had to decide fairly quickly as it would be made in China and she was only going to be there for another few months. She showed us photos of one her daughterâ€™s quilts which we thought looked amazing and it seemed such a positive thing to do with Joshâ€™s clothes. 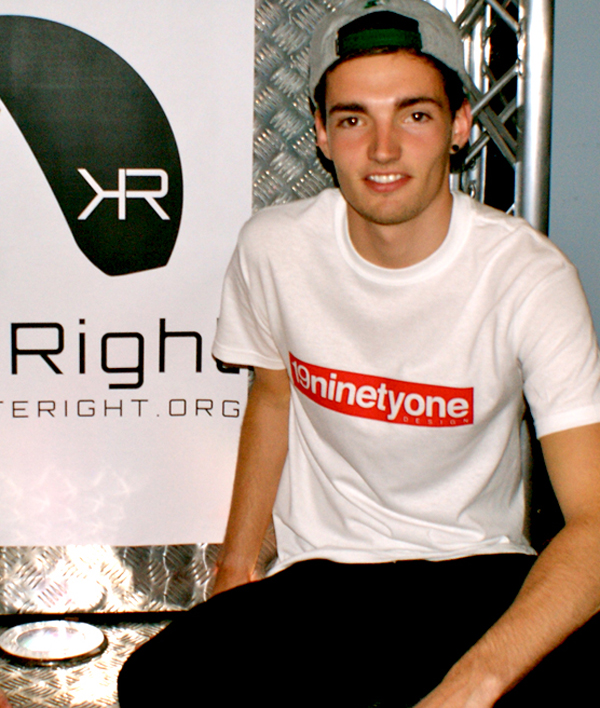 Josh was the eldest of the Taylor’s two boys, and had just completed his first year of a degree course in Visual Communication at the Arts University Bournemouth when he died suddenly at home Â on 1st August 2012. Â  Â Artistic and creative from an early age heÂ had always planned to have his own graphic design company. Â  Even as he continued his studies, his freelance work, under the name of 19ninetyone Design, Â Josh had already begun attracting lots of positive attention. Â KiteRightÂ a newly founded Â local charity was one such ventureÂ Â to which Josh gave his time freely to design the logo and branding. 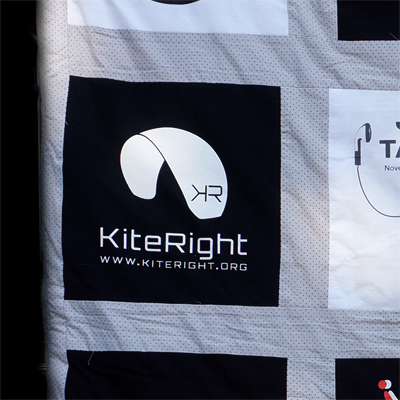 KiteRight is the UK’s first charity dedicated to using kite sports in all its formats to help, support, educate and develop people of all ages with physical, mental health or learning challenges.Â (http://www.kiteright.org/).
Debbie told us: Â Â At the time of Joshâ€™s death KiteRight was still in its infancy but donations from Joshâ€™s friends and family following his funeral enabled KiteRight to achieve Charity status within a few months. Â I have since become a KiteRight Trustee to support them, including participating in the 50km Thames Path Challenge walk last September with 3 friends, raising almost Â£5,000. Whenever I see the colourful and eye-catching KiteRight logo and banner, I see them as Joshâ€™s legacy and it makes me feel really proud but at the same time incredibly sad thinking about what else he could have gone on to achieve.

KiteRight’s founder Gary Hawkins acknowledged Josh’s skills of Â “producing eye catching simple designs and almost spooky knack of knowing what you were thinking and developing into a concept were outstanding. Without him and his logos and designs, KiteRight wouldn’t exist how it does today.”

Josh Taylor’s legacy lives on in the branding of this important charity but many other designs of his alsoÂ Â found their way onto his Â t-shirts.Â Debbie and Nick now had the difficult task of decidingÂ which ones toÂ put onto his quilt …

The experience of sorting through his clothes,Â they say, Â was obviously emotional although Joshâ€™s younger brother Joe had actually already taken ownership of quite a few items of Joshâ€™s clothing! To be fair, he had asked us if it bothered us but they often borrowed each otherâ€™s clothes anyway so to us it was nothing new and felt just normal to see him wearing them. The fact that we were relaxed about it meant that Joe also felt comfortable about wearing them. It was strangely comforting to see him wear them anyway, although once we had decided to go ahead with the quilt he had to return several of them!
We selected 16 for the quilt and they all have their own significance and story to tell. Some are Joshâ€™s own designs, some are places that he worked, some are of his favourite brands and some are just simply his favourites that he chose to wear often. One T shirt has his name and dates of birth and death, which was designed by his good friend Carl from University and was worn by many of Joshâ€™s friends on the beach memorial walk and at his funeral. 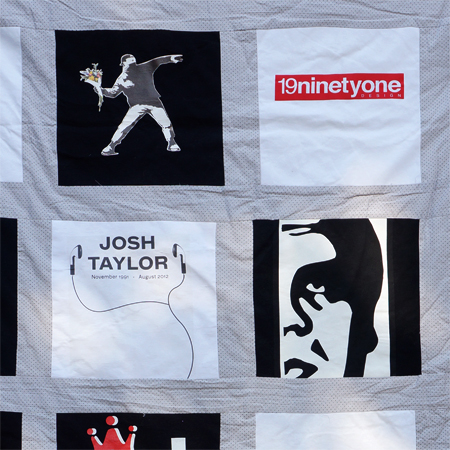 Born and bred in the coastal town of Poole in Dorset Josh and Â his younger brother Joe always loved the beachÂ and as a resultÂ haveÂ many friends among the local water sports community.Â The TaylorsÂ have a small beach hut underÂ Canford Cliffs Â whereÂ theÂ family spent many happy summers and as theÂ boys got older they Â became keen on water sports, particularly surfing and kite surfing. Â Joshâ€™s sudden death at such a young age sent huge ripples throughout this fraternity butÂ especially among his many friends. For most of them it was their first experience of the death of someone so young. Â They felt helpless and felt they needed to do something to recognise his loss.

As a tribute to Josh, at 5pm on the afternoon of his funeral his friends took their surf boards to Branksome Chine beach for a â€œpaddle-outâ€, where they formed a circle of boards in the surf.Â  Joshâ€™s Dad Nick and brother Joe also joined them and Nick said a few words in memory of Josh after which flowers were scattered within the circle. The rest of the evening was spent at Branksome Chine beach bar where more of Joshâ€™s friends gathered to pay tribute to him with some of his favourite drum & base tunes. Josh was also a local drum & base DJ known as â€˜Grafikâ€™. 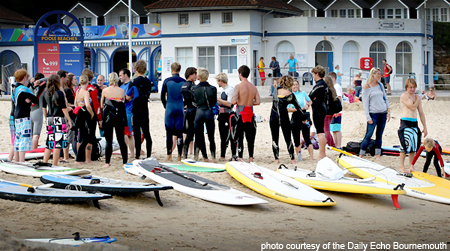 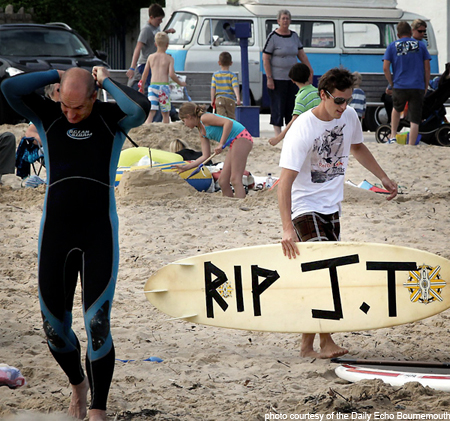 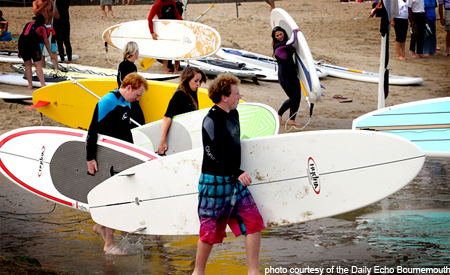 A week after Joshâ€™s death, a memorial walk was attended by about 100 of his friends along the promenade between Poole and Bournemouth, followed by the release of Chinese lanterns in Joshâ€™s memory on Sandbanks beach.

These of course are necessary and important first responses to a death, especially such an untimely one, and the Taylor’s feel honoured and comforted to have had such a public display of affection for their son. Â  Whatever their form they are time honoured rituals that help to support families during the first stages of their grief – more important in a way that it is young people turning out in memory of one who has died too young and too soon. Â  Â But that was two years ago and as many bereaved parents will tell you, the tide of sympathy can soon withdraw and we areÂ Â left alone with our memories and our sadness. Â  Â  And like the Taylors many of us have found our own creative way of filling the void. Â  For Debbie and Nick theirs was to commission the quilt to remember and to continue the bond they have with Josh.

Debbie recalls… “When we received the completed quilt and laid it out on the floor, we had mixed emotions. Although we thought it was wonderful and we were so glad we had chosen to have it made, there was also such an overwhelming feeling of Â ‘Is this all we have to show for almost 21 years of Joshâ€™s life?’Â and ‘We donâ€™t want a quilt, we just want Josh.’Â  So very bitter sweet.Â The quilt can still evoke quite strong emotions so for the moment it lives on a sofa bed in our spare bedroom but I have been known to wrap myself in it â€“ sadly itâ€™s the closest I can get to a hug from Josh! 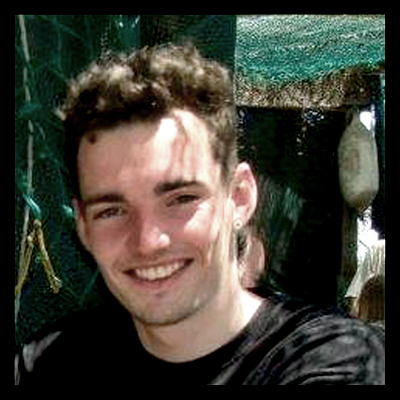 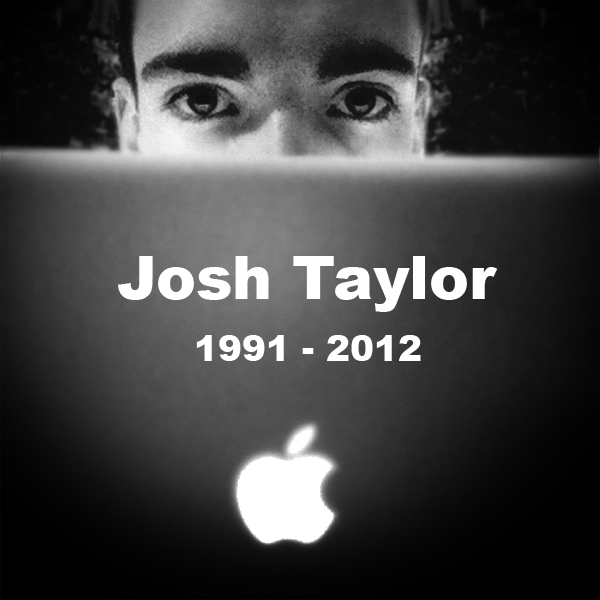