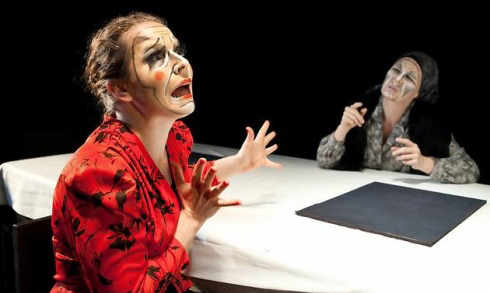 Do you know what ‘Kvetching’ is? Â  No, nor did I till I found it referred to in article written byÂ Susan Silk a clinical psychologist andÂ Barry Goldman a family mediator. Â “Kvetching” Â is an old Yiddish phrase meaning to moan, grumble or complain continuously about something. Â  Â Silk and Goldman have used the idea to explain how not to say the wrong thing to anyone who has been traumatised byÂ those who are close to them.

The concept is simple – those who have been traumatised can kvetch all they like to who ever they like. Â Those around them can comfort and be there for them but hold their tongue on any kind of kvetching – unless it’s to some one who is further away from the trauma.

Agreed this isÂ not a very nice way to describe someone who like us is grieving but I think you get the point and I have adapted what they have called the ‘ring theory of kvetching’ to our situation – many bereaved parents and siblingsÂ will have had experience of friends and family unwittingly and totally ballsing up by talking about their own experience of grief in the mistaken belief that that will somehow comfort us. Â  I know that soon after Josh died a distant relative needed to tell me how horrified and upset he had been after a cousin had beenÂ murdered some twenty years ago. Â  He meant well but I was left wondering what the hell I was supposed to do with this information. Â  Was I supposed to comfort him, empathise with him, put my arms around him, when every bone and fibre of my body was still reeling from the death my son. Â Where was I going to get the energy to respond to this story sympathetically or evenÂ angrily? Â  I said nothing but the subsequent silence between usÂ and the simmering hurt and resentment lasted for a long time. Â  I know my relative meant well but had fallen prey to a common misconception about the needs of the recently bereaved. 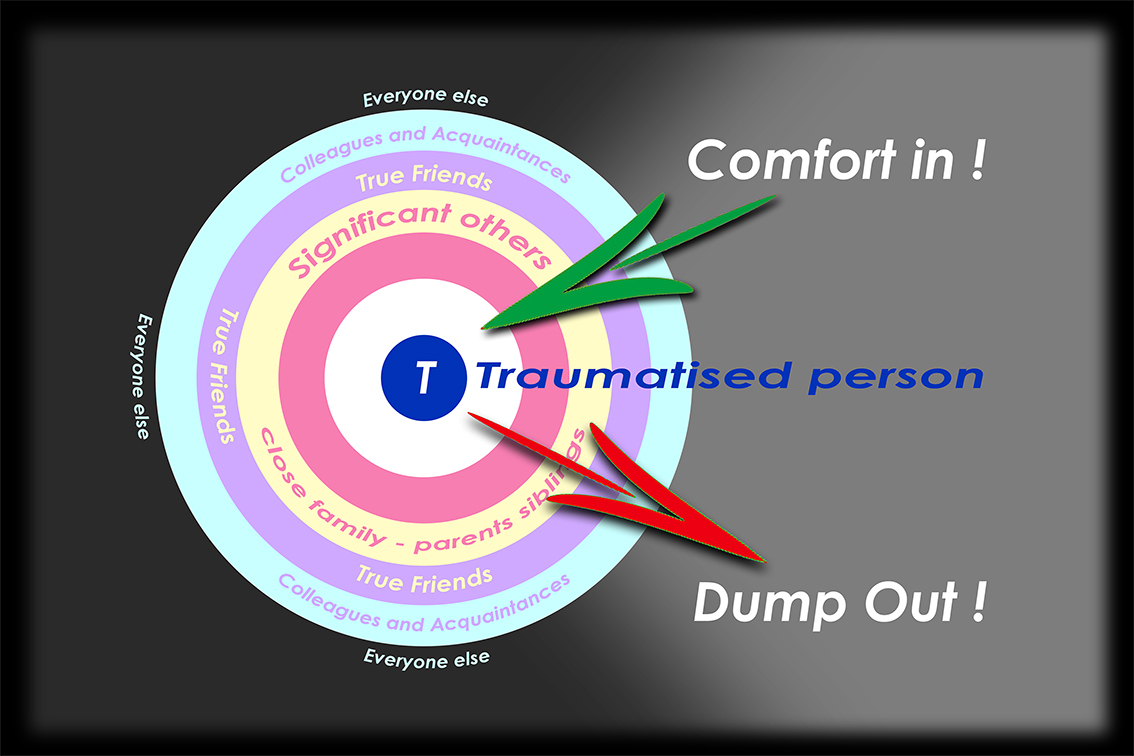 Silk and Goldman came up with a simple technique to help people avoid this mistake. Â  Â The above diagramÂ describes ourÂ relationship to others should we find ourselves in the unenviable position ofÂ suffering the deathÂ of aÂ son or daughter – always a hugely traumatic event. Â  Their advice though is directed towards the social circles around us. Â  Ands what they suggest for friends and relatives of the bereaved is this ..

Draw a circle. In it, put the name of the person at the center of the current trauma. InÂ ourÂ case that would be Jane and myself. Â Now draw a larger circle around the first one. Â In that ring put the name of the person or persons next closest to the trauma (i.e Josh’s brother and sister Joe and Rosa). Â  Repeat the process as many times as you need to. In each larger ring put the next closest people. Parents and children before more distant relatives. Intimate friends in smaller rings, less intimate friends in larger ones. When you are done you have a Kvetching Order.

And here Â are the rules.

When you are talking to a person in a ring smaller than yours, someone closer to the center of the trauma, the goal is to help. Listening is often more helpful than talking. But if you’re going to open your mouth, ask yourself if what you are about to say is likely to provide comfort and support. If it isn’t, don’t say it. Don’t, for example, give advice. People who are suffering from trauma don’t need advice. They need comfort and support. So say, “I’m sorry” or “This must really be hard for you” or “Can I bring you a pot roast?” Don’t say, “You should hear what happened to me” or “Here’s what I would do if I were you.” And neverÂ ever say anything that begins with Â “at least … “. Â “At least they had a good life…”,Â Â “At least you have other children….”, “At least s/he isn’t in pain anymore …”

And if you want to scream or cry or complain, if you want to tell someone how shocked you are or how icky you feel, or whine about how it reminds you of all the terrible things that have happened to you lately, that’s fine. It’s a perfectly normal response. Just do it to someone in a bigger ring,Â someone who is further away from the trauma than you are.

Complaining or whinging Â to someone in a smaller ring than yours doesn’t do either of you any good. Â  On the other hand, once you’ve comforted a traumatise person you may well find the need yourself for some TLC, so go to someone in the ring outside yours. Â Â And don’t worry. You’ll get your turn in the center ring. You can count on that.