We are delighted to announce the successful candidate for Josh’s Memorial Scheme for 2015.   Taylor Wheeler will be following Lewis Murphy and Barney Wilson for a month’s internship at the Ministry of Sound.   We look forward to hearing about Taylor’s time at Mos – here is his first account of what it means for him.   Good luck Taylor and make Josh proud! 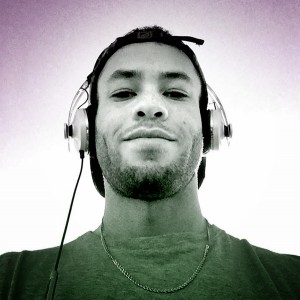 My name is Taylor Wheeler and I am the 3rd person to be chosen for the Josh Edmonds Memorial Scheme; an amazing opportunity for any music enthusiast, cinematographer or creative alike.

In July 2015 Iwill be going to The Ministry of Sound in the Elephant & Castle in London to take part in a month long internship.

Here’s how it began.

In November 2014, the same as any other night I was sat at my MacBook, producing music, surfing Facebook and I saw a post about an internship at the Ministry of Sound.   I took a look and coincidentally it was being run by the college where I used to study music technology –  Cirencester College!

Feeling optimistic, I downloaded the application forms and began to write about my experience’s in music and why I wanted to take part in the internship. I had to write 200 words or so and I was able to submit one of my tracks for the application. I chose my remix of Diplo’s song “Revolution” which was my first ever remix.

(I was lucky enough to get hold of the original acapella for the song which was amazing to work with!).

You can listen to my remix here :

After a couple of months, some wild times, meeting my now girlfriend Alex, Christmas, New Year and a couple more months I got an email from Cirencester college calling me back for an interview of which, as I am writing this, was 4 days ago. Naturally I was over the moon.

For me this is the opportunity of a lifetime. Well one of the best in the last 23 years.

All my life I have studied, played and produced music but I have never had a real glimpse into the music industry. This ever pervasive entity that I have learnt about from my tutors at university and college, but as of yet have never had the chance to be a part of.

So, yeah…  I was super stoked to have been called back. I replied immediately and started to dream about what it would be like to go to ‘THE’ Ministry of Sound, pioneers of the electronic music scene in popular culture and  caretakers of legendary artists such as DJ Fresh. (It feels like only yesterday that me and my best friend Ryan were cruising around the backstreets of the Cotswolds in his Honda Civic listening to DJ Fresh’s 2 minute promo for his upcoming album Kryptonite -2010).

To me The Ministry of Sound is the source of my love for old school garage, drum & bass, dubstep and house. Without their compilations of the up and coming, as well as the seasoned professionals of EDM, I would not have the same eclectic taste in electronic music as I do today.  Just as a side note – ‘Addicted to Bass Winter 08’  is seriously banging.   Go buy it.

The date is Friday the 17th of April.

Four days ago I was accepted to take part in the internship at Ministry of Sound as part of the Josh Edmonds memorial scheme.

As I write this it’s still sinking I have been accepted to take part in the internship at Ministry of Sound as part of the Josh Edmonds memorial scheme.   I’m not going to talk much about the interview itself, because I want talk about the people I met.

Barny Rubble:  So I cruise into the old media block where I once studied as a teen, and on entering the interview room I see the most killer hairstyle that I have seen in years (really Barny gets points for rocking that cut).  I digress. Barny is the previous winner of the Josh Edmonds Memorial scheme – after following his blog and doing a little research I found that he’s a killer DJ, producer & film maker.  The dude’s super down to earth and I’m really looking forward to meeting up and working with him in the future.

Jane Edmonds: As I come into the interview room, I exchange greetings with the ‘interviewers’. I shake Barnys hand and I move across the room to meet Jane, Josh’s mum.  She greets me with a warm and welcoming demeanour and friendly smile, my nerves start to relax.

Before the interview I had read all the literature I could find about the memorial scheme, what happened to Josh and the legacy he left behind.  Coming to the end of the interview I was able to ask questions, (although I was anyway throughout – to the dismay of the head of the media faculty who was trying to keep things on time!!). I asked Jane more about her son and his role at MoS. I was told about his love for drum and bass & his strong and persevering work ethic that had got him so far. Jane was vibrant and heartfelt in her response to my questions.

Here is what hit home.   After I heard the news that I had been successful in getting the internship and I got off of the phone to Jane congratulating me, I thought of how incredible it is that Josh’s family had created this opportunity for others in the memory of Josh’s passion, how they are carrying on his talent through the talent of others and how lucky I am to not only be introduced to Jane and her family but also to be a part of the Josh Edmonds Memorial scheme. 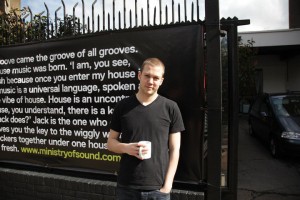