Â The wonderful Lewis Murphy, the first candidateÂ to follow in Josh’s footstepsÂ and work as an intern at the Ministry of Sound is coming to the end of his time there. Â He’s been writing a blog each day – and its hilarious. Â  Thanks Lewis and well done.

from Â Being CandidateÂ One

‘Waking up on a Friday morning with a banging headache and the early signs of flu is not the way anyone would want to start the day, but that is exactly what happened the day of my interview. So I dosed up on ibuprofen and paracetamol and prepared my self for the interview….’

‘…. She had a thick Jamaican accent and with her was her friend who just looked really relaxed and chuckled every now and again. They were such nice and funny people, talking to me loudly not caring what others thought as they casually rolled up a couple of joints in front of me. We rode the train together all the way until they got off the stop before mine …’

from Â Settling In and Developing Skills

from Â Does it Sound Good Mrs Bush

‘As Steve the station manager went down the list of songs for us to listen to on the massive screen at the end of the table we researched the artists and discussed their ratings in other charts and playlists. On one occasion Steve miss spelt the name of one of the artists and we ended up with crazed looking pictures of Mrs. Bush from George Bushes presidency, if you look at her left eye it does look like she has an evil twitch’

from Â Never Pull a U-Turn

‘… After Iâ€™d finished up and started to head back I head a a faint noise over my headphones. I took them off and saw people getting out of their cars and people standing on the side of the road staring. Some man had tried to pull a U turn and plowed into the opposite pavement and into a pole, ripping out the front wheel, suspension and all! No one was hurt but the car was pretty mashed up. A good thing to live by I think is donâ€™t pull a U turn in Londonâ€¦ ever’

from Â The Smiling Girl, Questionable Tapes and a Free Bar

‘… I carried on sorting the tapes until I came across something that made me stop in my flow of work. A tape titled â€˜BTS KID CUDI JOSH TAPEâ€™ This must have been something that Josh had filmed while he was here at MOS. In fact it had suddenly hit me that most of the tapes here were probably filmed by him’

from Â Not Bad and Summer Fabric

‘I hate London pigeons. I just want to glue a chip to the backs of them all and then watch as they fight each other for the chips.’

‘Unfortunately being fresh out of university Iâ€™m not exactly rolling in it so could not afford to go down to the market to which Steve said, â€˜wellâ€¦ sounds like you need aâ€¦ some kind of a float…. At which point he goes to hand me Â£10! I could not except that! â€˜Do you know how much money that is!?â€™ I said â€˜Yeah itâ€™s Â£10â€² Steve said in his Irish accent with a hit of what are you talking about in his voice. Marco laughed and just said â€˜take the money ….’

from Â No Break and the Final FullÂ Week

‘Hot, hungry, thirsty and with music so loud my ears were starting to hurt I slowly became zombified. For 2 hours this dance was played and it was well past my time to take a break but I did not want the show to sound like arse so I stayed on through laughing with the guest and chatting as much as I could muster without letting the groggy heat frustration get the better of my mood …’
from Â Done It All and Looking Towards TheÂ Future
‘You get out of things what you put in, so if I sat around picking my nose all day Iâ€™d have an empty noseâ€¦’
from Â Effective Branding and a Chef In Bakerloo
‘On the journey home I thought about how incredible had been today and just could not help but smile all the way back! Thinking of my friend Josh Taylor and the strange gifts in a way he has given me and thinking of Josh Edmonds and again the strange gifts in a way he has given me also. I want to do them both proud and make the opportunityâ€™s I get from this internship be lasting and push me forwards into a career that I enjoy and love doing! So thank you guys for all youâ€™ve done with out even knowing.’

The first Ministry of Sound intern to be selected from the Josh Edmonds Memorial Scheme will start work in July of this year.

Lewis Murphy is currently in his 3rd year of a radio production course at the University of Gloucestershire and is the first person to be chosen for what will be an annual award. Â The standard of applicants was very high and a difficult choice had to be made from our shortlist. Â  But we all feel that Lewis is the ‘man for the job’ and we’re Â really really excited to be able to offer him this opportunity.

Lewis is particularily Â interested in radio production and has hosted and produced a weekly show for students at his university. He has also had a weekly two hour slot on Cheltenham based Drum&Bass radio Undergroundsoundz. Â His ambition is to have his own podcast up and running with the content being from entirely Â new or Â unknown and unsigned Â producers and DJ’s. Â For the future he would like to present his own radio show or work for a specialist music show or station.

Lewis is Â a very talented and enthusiastic young man, his passion for music (particularly drum & bass) and his independence of spirit is very similar to Josh’s and we hope he will get as much out of working at MoS as Josh did. 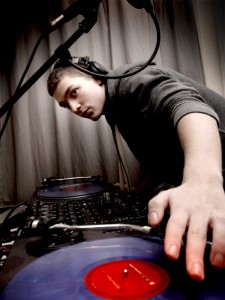 Lewis told us he was both honoured and overjoyed to be the first to receive the award.Â “The prospect of the internship feels like a reward at the end of my degree and is a big step in the right direction for me, allowing me to develop as a person as well as within my career. The combination of my passion along with my creative drive motivates me to use this incredible opportunity to its full potential, making sure I do it justice. Â I look forward to meeting and working with everyone at the Ministry of Sound.”

MoS chief Lohan Presencer saidÂ â€œWe are extremely pleased to have secured a quality intern for MoS who will reflect the attributes we saw from Josh during his tenure with our organisation.Â  We wish Lewis the best of luck and we will provide him with Â support and development during his placementâ€

So good luck Lewis and we hope that you’ll keep us updated with your time at MoS. 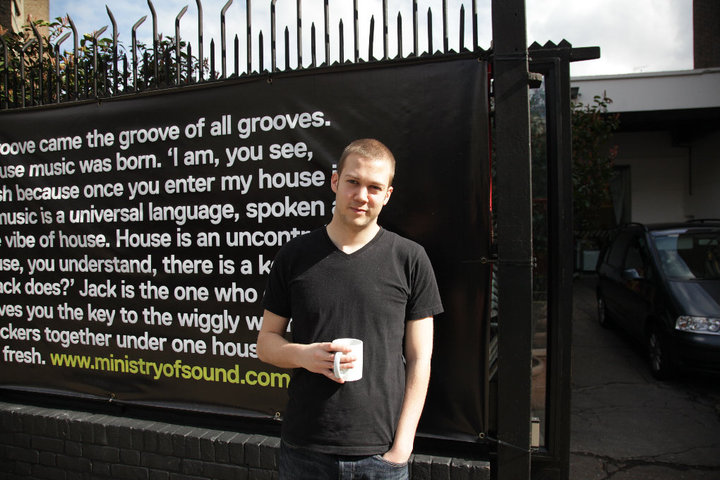 Josh outside the Ministry of Sound, London
UPDATE – Lewis has already started his own blog about the scheme – catch up with it hereÂ http://lewismurphy14.wordpress.com/