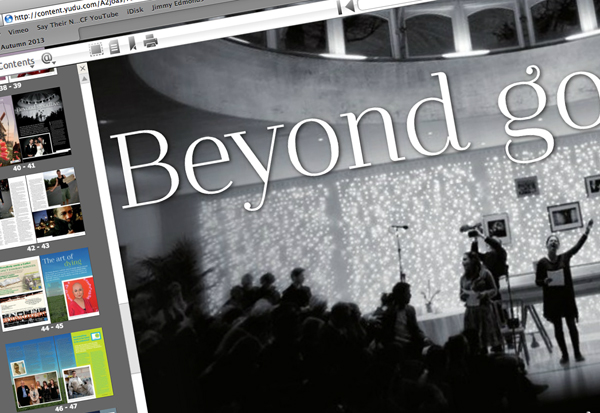 Farewell Magazine is a quarterly life style mag (death style mag?) recently published and available in all good news agents and on line. Â  Â  The Winter 2013 edition includes an article about Beyond Goodbye. Is this an indication of how far we have come in the business of ‘coming to terms’ with Josh’s death?Â Soon after he died and just as we had just as we had published Jimmy’s book Released, we were approached by a number of ‘press outlets’ asking to write up our story. Â  They weren’t all tacky ‘women’s own’ type mags but even the more dignified requests were something we really couldn’t be bothered with. Â  Â Now, nearly three years on, we have become more comfortable with the publicity that has come with the films we have made and the articles we ourselves have written. Â  In a way, this site Beyond Goodbye, has become a bit more than a memorial to one man, it seems by all accounts to have gathered momentum as an example of a new way of dealing with the aftermath of tragedy. Â  So while each and every day we still wake up to the terrible news that Josh is dead, our work in being more public in our grief has brought certain compensations. Â  If it has been difficult for some of our friends to stay alongside us on this journey, there are many out there in the wider world, that know what we are going through and in a way we have become part of a wider community of the bereaved. 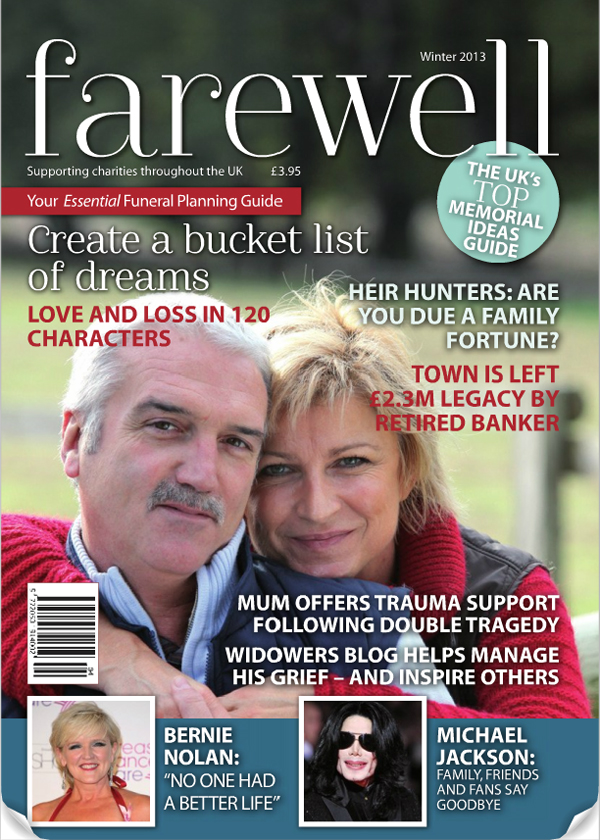 Before Josh died, and before we became involved with charities like The Compassionate Friends and Dying Matters, we wouldn’t have given a moments thought to the idea of picking up a mag like “Farewell’ or to peruse it’s contents in search of advice about how best to arrange a funeral. Â  ‘Excuse me that’s someone else’s story’, I would have said, ‘nothing to do with me.’ Â Life after all is about living. Â Most of us have anÂ inbuilt and necessary fear of death which makes the subject understandably hard to talk about – and those that do are seen as.. well.. morbid. Â But now we live with death every day. Joshua’s life and his death are our minute by minute companions. Â And it’s not morbid. Despite the hurt, the anguish and constant trawl for some relief, life in a strange way, now has more meaning and more purpose.

So death is now our story and although it still feels odd that someone would want to write it up in a glossy mag, we are I think OK with that. Â  Â The article has some familiar pictures of Josh and uses Fred Chance’s brilliant photo of Matara asÂ the backdrop to the front page. Â  Â  It covers our reasons for doing the funeral our way as well as nice words about Beyond Goodbye, ‘a collection of online ideas that remember Josh …Â Taken together, its a project of real work and a challenge to traditional introverted expressions of grief and mourning.’

To read the full article click here to download Â -Â Farewell Winter 2013Â or go to your local WHSmiths and cough up Â£3.95. Â  The article is on Page 41 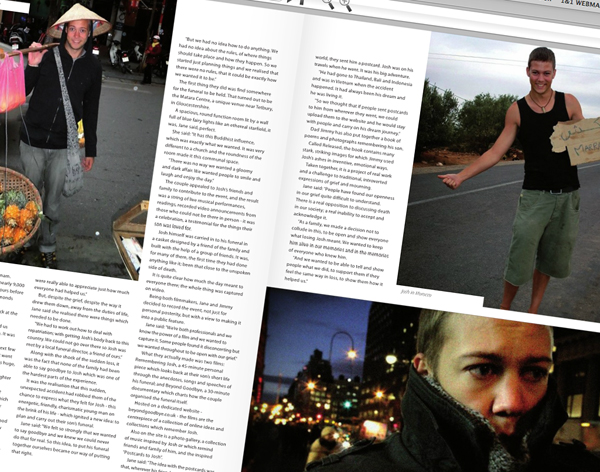