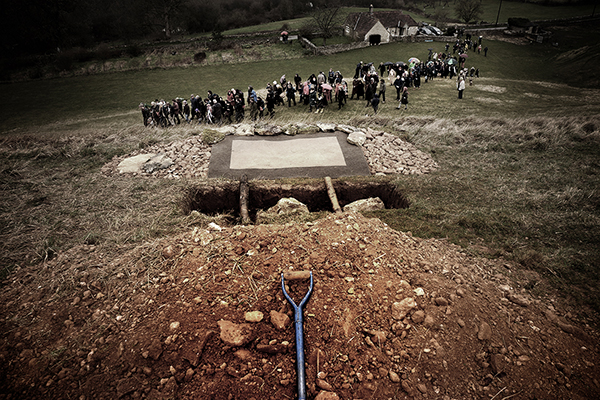 On Thursday last week our friend Julian Usborne was buried on his farm near our home in Chalford, Gloucestershire. Â  I took this photo as the funeral procession wound its way up the hill, Â a short walk from the Usborne family home where Julian had died a few days earlier.

Julian was a remarkable man and we were proud to call him a friend though in truth we had really only got to know him and his wife Hege in the years following Josh’s death. Â  Hege is Julian’s third wife and her son Tom was (is) a good friend of Josh and it is through this connection that Julian gave us permission to plant a tree in memory of Josh on the hill overlooking the farm. Â Followers of our story might be able to work out that Josh’s tree is about 50 yards to the right of where this picture was taken.

We had visited Julian and Hege a couple of weekendsÂ before Julian died and it was on one of the visits that while they were both discussing his funeral arrangements that Julian had quietly proffered a request. Â  Â ‘Do you think there’s room’, he asked casually, ‘and would you mind if I go up there on the hill next to yourÂ tree?’ Â  Â  Well I’m not going to forget that moment in a hurry. Â Number one, it was Julians generosity in the first place that has allowed us to have such a memorable spot to remember and keep Josh in our lives – so how come itâ€™s him asking us if itâ€™s OK? Â But the idea that Josh’s special place would soon be joined by anotherÂ was exceptionally heart stopping and exceptionally heart warming.

But to back track a little â€“ Julian had know for some months that he was soon to die.Â Â  Having been diagnosed with cancer over a year ago, his and his familyâ€™s story has been one of a gradual if grudging acceptance of the inevitable. That his death should come slightly earlier than initially predicted was a painful if a somewhat minor detail to a journey that we were all invited to join. In conversation Julian would often remark â€œWell Iâ€™m dying you know â€¦ or â€œIf this is dying, it’s OK by meâ€ Hege had started a Facebook page â€œJulianâ€™s journeyâ€ on which they and others could share thoughts and ideas (but mostly loving stuff!) as his cancer progressed â€“ an early entry reads

â€œProbably had cancer now for a year. I have had not the slightest pain in all that time except for the after-math of surgery. Chemo was a doddle; it did make me tired and thirsty. What is wrong with me? Why can’t I suffer a bit more like others do? I guess its the gin and tonic (thought to have cancer relieving properties?)â€

As I said we didnâ€™t know Julian that well before Josh died.Â Â  Both he and Hege had attended monthly get togethers of a group of concerned parents who would share worries about the behaviours of their teenage sons (Josh and Tom included) â€“ activities we had all engaged in ourselves and were now in a slightly awkward position of having to monitor with our â€˜waywardâ€™ children. I say Julian attended but most often had fallen asleep before the first bottle of wine had been emptied. This was probably a totally appropriate response to our anxiety driven conversations but at the time I thought of Julian as a rather aloof, not to say grumpy old man.Â Â  Luckily we discovered this to be far from the truth â€“ as the many testimonies to the man aired at this funeral would reveal â€“ Julian was a true non conformist whose mission in life was to make mischief wherever he could but with a concern for the environment in which he lived and was always happy to share with whoever.Â Â  And this of course (or perhaps not) extended to his dying wishes. 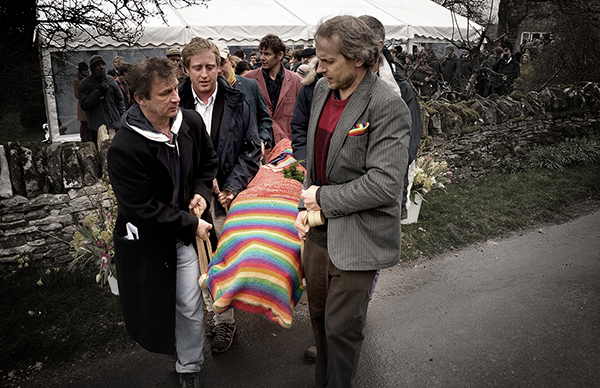 Julian shared his death as he did his life â€“ with humour and gratitude as well as a desire to shock.Â Â  Whether or not this last was part of his and Hegeâ€™s deliberations for the funeral arrangements, I know not.Â Â  At this stage in his journey I suspect most who knew him were passed being shocked.Â Â  What transpired on the day of his funeral was extraordinary only in its very ordinariness.Â Â  It was quite ordinary for Julian to want to be buried on his own land. It was and is quite ordinary for Hege to want to wake in the morning, look out her window and see her husbands grave nodding back to her from the not so distant hillside.Â Â  It was quite ordinary for the Usborne women to gather and sew his â€˜rainbowâ€™ jumpers together to make his shroud.Â Â  It was quite ordinary for the rain to fall as the Usborne men carried him to his grave.Â Â  And it was more than ordinary (in fact quite common place) for the Westley Farm kitchen to be over flowing with bring and share dishes, muddy boots and impromptu musical offerings. 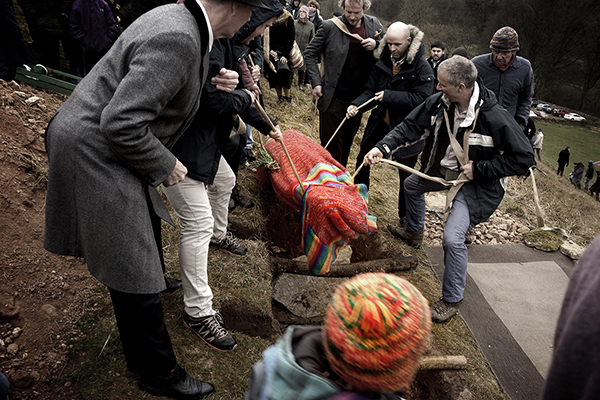 In the years since Josh died, we have had death in our lives in ways we could not have predicted. Death is part of us, not that it isnâ€™t present for everyone, just that perhaps we notice it more.Â Â  We need to – as a way to trying to understand what still remains incomprehensible â€“ but the result has been the discovery that to be open to, and to be open about death, mortality and what that means for those left behind is good for the soul.Â Â  There are to be true certain occasions that I still find disconcerting, the death cafÃ© movement for example, or an overemphasis on things spiritual, but in general I now find to talk of death is to make friends with death and that conservation can be as private or as public as I like.

In the end it was Josh who gave me the first lesson. As I wrote at the time of his death â€œhave you taught me how to die?â€.Â Â  Organising his funeral and that of my mothers just a short while ago showed us how important it is to take charge of our â€˜final farewellsâ€™.Â Â  Without these moments Iâ€™m not sure I would have been so comfortable sitting in Julianâ€™s front room chatting so freely about his death, I donâ€™t think I would have been so unafraid of any misgivings he and Hege might have, nor would I now be so secure in my own mortality.

Last Thursday Julian was laid to his rest just as he wanted. For me, that his funeral was a tad unconventional is not the issue. His final journey accurately reflected the man and honoured the memories for all those who took part. Would that we could all say goodbye in such fashion. Yes funerals are for the living but there was no better way of ensuring Julianâ€™s presence both on the day and our recollections of the day. Later in the evening after short debate, a fire was lit on the mound that was Julianâ€™s grave â€“ warmth for the cold, cold ground. It was still smouldering when we went to visit him and Josh the next morning. 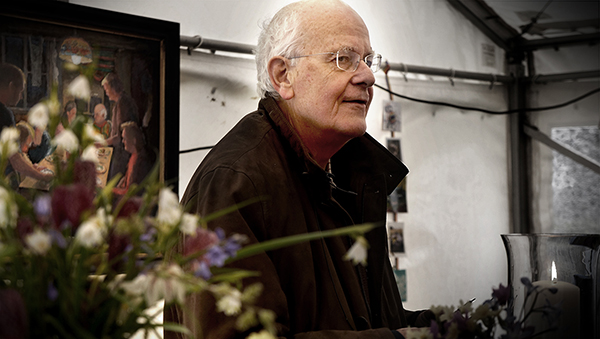 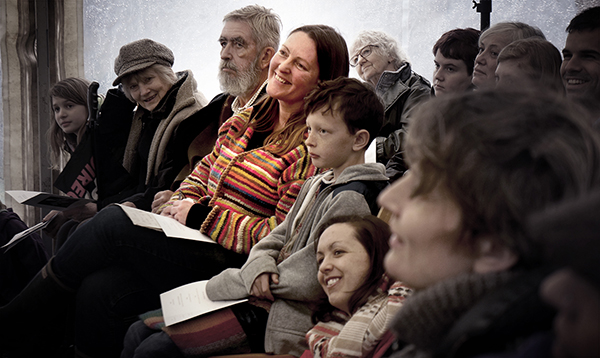 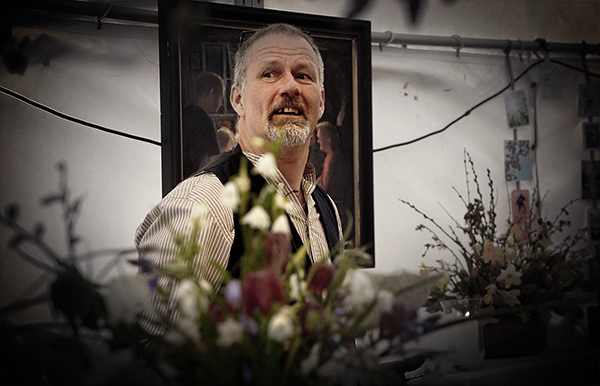 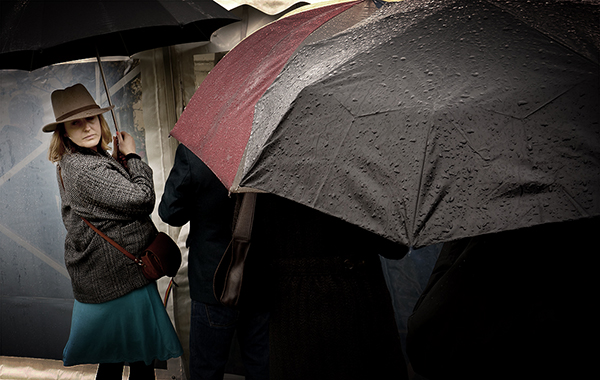 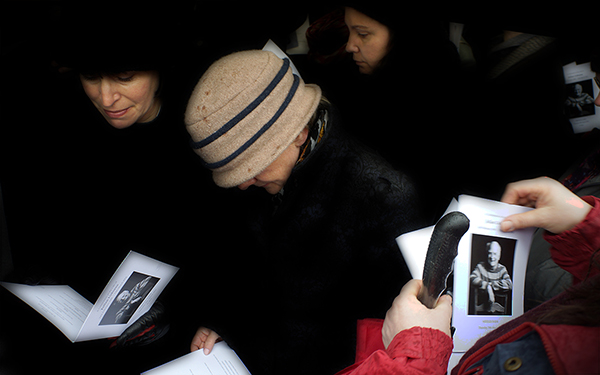 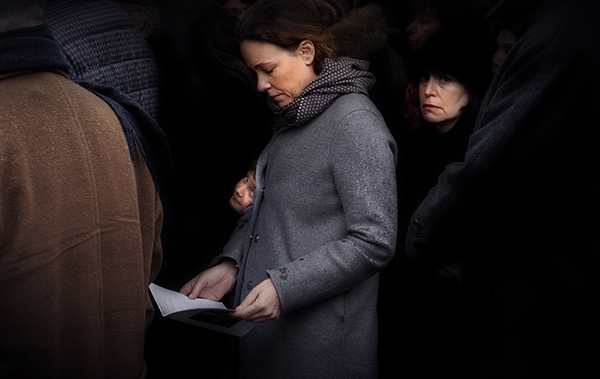 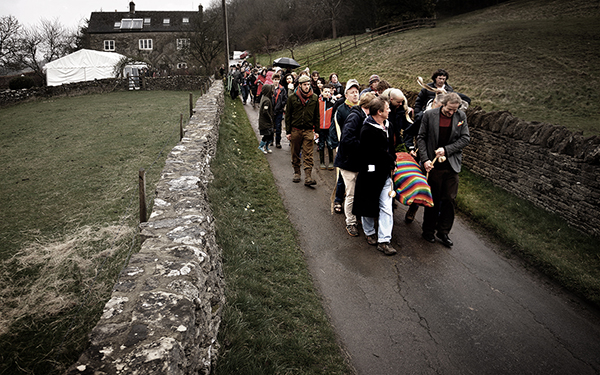 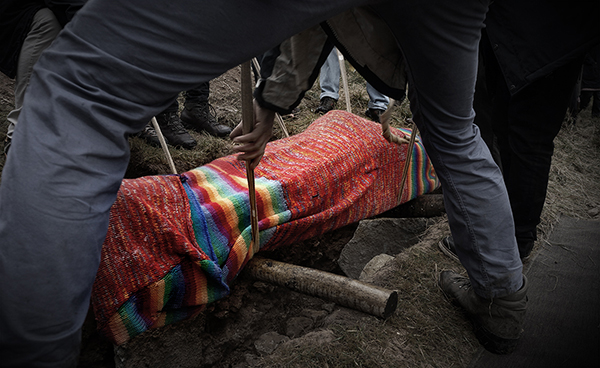 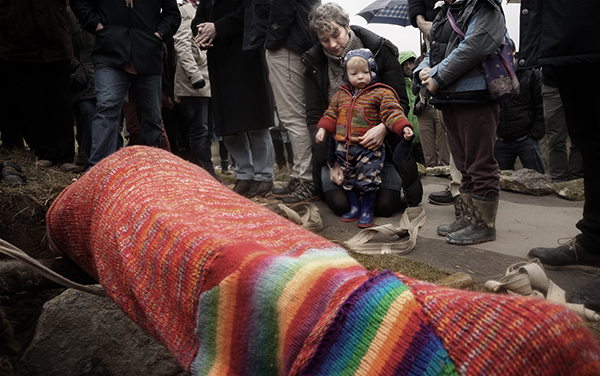 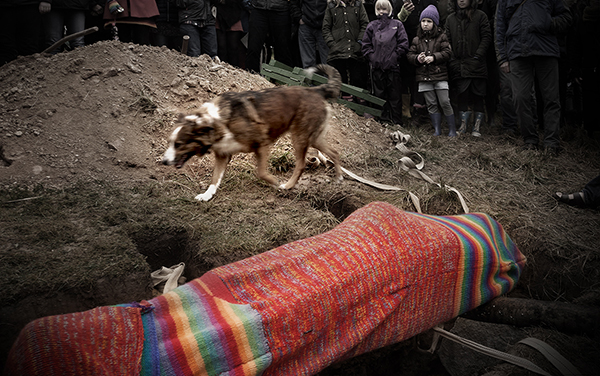 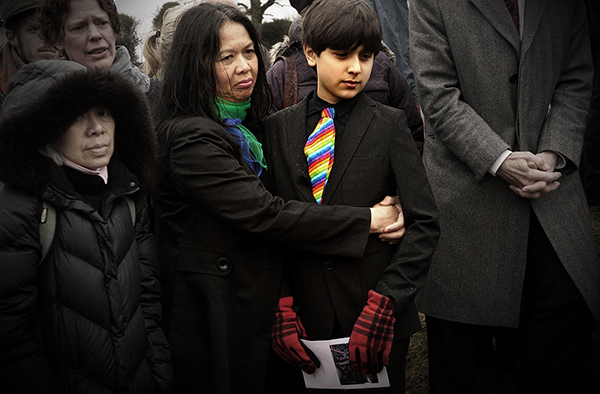 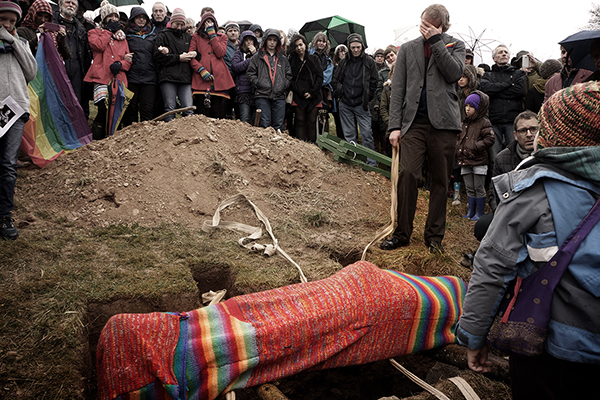